Image theft is rampant and the temptation to steal is high. I am on both sides of this fence. At my day job in marketing, I want a perfect image to go with my copy at the ready, all the time. It’s just a Google image search away! However, I am also a photographer who makes a quarter of her yearly income from art and the thought of some other impatient desk jockey eyeing my work for use with no intension of asking me first makes my skin crawl.

There are tricks companies play to get you to either give them what they want or to stop being mad at them for already taking it: END_OF_DOCUMENT_TOKEN_TO_BE_REPLACED

Copy work, or a copy job, is when the photographer is reproducing a piece of artwork such as paintings, illustrations, and antique photographs. The conditions under which you have to shoot some of these things can be tough (stuck on walls in small rooms, leaning against something and under fluorescents, etc) but knowing the most basic copy work setup and remembering your family of angles will get you out of most glare binds….Read the rest on SmugMug.

To describe the folk singing title character in Inside Llewyn Davis as downbeat is to put it kindly but for all of his sourness there is one scene where I could not help but smile wearily at in solidarity with one of his (many) tantrums.

It is not much of a spoiler to say that, in the scene, he is asked to play a song at dinner to which he says, “I’m not a trained poodle”, begrudgingly plays the song, and then is set off by the relative merriment of the occasion. “I do this for a living, you know?” And, to the professor next to him, “I don’t ask you over for dinner and then suggest you give us a lecture on the peoples of Mesa-America…”.

If you’re the “resident photographer” of your social circle, odds are you have been handed a camera, perhaps rather abruptly, and put to work capturing a party or family event. For a lot of photographers, especially hobbyists, this is a welcomed opportunity. For others, it’s an exhausting reminder that we’re often defined by what we “do” and that creative work isn’t viewed in quite the same way as other kinds of jobs. END_OF_DOCUMENT_TOKEN_TO_BE_REPLACED 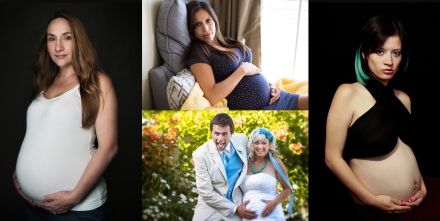 My studio is currently being remodeled and a few of us from our artist cooperative took a break from working and, over dinner, ended up on the subject of maternity photography. One of us wondered what kids will think when they are older about seeing their mothers’ old maternity portraits.

Mandolin Hooper, 3-2-92 to 9-18-22. Musician, filmmaker, my favorite model, and - later - supporter of my growing music journey.
After a 2 year delay, Danee and I finally got together at the 11th hour for a portrait. She was practically already on the road for a big move but was more than happy to swing by my humble garage-based studio for a chiaroscuro. Danee is a top Brownsville export, so you better appreciate her, Ohio! Teacher, advocate, and overall great listener and friend. I’m so honored to capture my townsfolk.
Taken with the Hasselblad X1D and a 90mm. Lit with 1 light inside a small office (I was situated outside the doorway). Wherever you are, make it work!
My chiaroscuro portrait of a little girl who used to live next door to my mom. She asked interesting questions, including “Have you ever photographed anyone famous?” and “How many babies have you photographed?”
Since moving back home, it’s now much easier to follow up on older shoots. I used to babysit this girl and now she’s grown and on her second baby! Left is 2016 with her first and right is this year with her second.
A baby chiaroscuro portrait. Swipe for a cute outtake!
My latest painterly portrait, lit with @aputure.lighting, which is new for me. Used their lantern softbox, which is lovely. Backdrop by @gravitybackdrops.
Do you ever go back and re-edit old shoots? I did this session with @karaminderghuman several years ago and went back to it while recovering recently. Updated software, updated skills and tastes...these are fascinating things to explore with your old work. #painterlyphotos #studiophotography #portraits #chiaroscuro #onelightsetup
1-light portrait of my aunt. A 2’ octobox or umbrella with a front diffuser will do the job. I used to use just a Speedlight but now use Profoto B2s (though I also love the A1s, which is like having a little of both worlds). Here we used just a simple velvet cloth for a background while on location. #studioanywhere #chiaroscuro #painterly #lowkey #studiophotography
Two very good girls, two portrait sets, two editing treatments. Taken from a garage with an inexpensive backdrop and 1 large softbox. Credit goes out to “strategic dog treats”. Not quite like my normal chiaroscuro work but similarly low key. #chiaroscurophotography #studiophotography #dogsofinstagram #portraitphotography #animalphotography #dogphotography
A chiaroscuro portrait of a friend. I typically only shoot color but every now and again a portrait demands black and white. I should explore this more. This was taken with 1 @profotousa light. #blackandwhitephotography #chiaroscurophotography #painterlyphotos #studioportrait
My chiaroscuro portrait of my grandfather, who passed away last week. He was many things throughout his life: a hair stylist, a painter, a diner owner. His mind stayed sharp but he had let his body go, something he cautioned me about a few Thanksgivings ago. He was always very frank, expressing to me the emotional trials of aging (he hated how skin eventually got crêpey for example). I share all this because I think it’s rare for men of that generation to be so vulnerably insecure, talking to his granddaughter like a regular friend. He always liked beautiful things and was particular moved by western indigenous art. This portrait was taken with 1 light, relatively on the fly, when he was feeling up for a portrait. He was pleased his granddaughters became artists (my sister is a comic artist).
Occasionally I’ll get requests for a pet shoot in my signature chiaroscuro style, scarf and all. It’s really cute. #chiaroscuro #dogstagram #studiophotography #portraitphotography #petphotography
My portrait of filmmaker @_mar1po5a_, whose new film Bi-Curious Sleepover is available now on Amazon Prime! #portraitphotography #studiophotography #headshots #neonlights #quasarscience
My first distance shoot. Took the studio outside. Swipe to see my setup. #bts #portraitphotography #studiophotography #lightingsetup
A not-so-low-key portrait from my portfolio. Still only 1 light but mixed more heavily with ambient. I hand-painted the backdrop (canvas + Ralph Lauren textured paint + sponge). #studiophotography #childrensportraits #chiaroscuro #painterlyphotos #portraitphotography #redhair #diybackdrop
I photographed a group of children in 2013 and then again in 2020. This is my sixth in the series. 2020, swipe to see 2013. Painters: If you are in #quarantine and cannot use your live models, feel free to hit me up for larger copies of my portraits to use as reference for your practice. I always enjoy seeing the results. #painterly #chiaroscuro #onelightsetup #portraitphotography #childrensportraits #studiophotography
My childhood friend (and sometimes photo assistant) Andrea has suffered a serious medical emergency. This is a chiaroscuro I did of her a few years back. I am helping to raise money for her medical expenses. No amount is too small to give if you’re able. Even if you are not able to give anything during this difficult time, please keep her in your thoughts. Link in profile. Much love to my fellow artists on here. I love you, @andreanjrmendoza! #portraitphotography #chiaroscuro #friendinneed
Loading Comments...
%d bloggers like this: